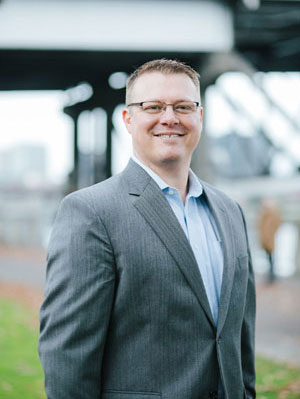 Most family law attorneys like practicing law... but they don't necessarily like drafting pleadings. That's where MyPleadings.com comes in. MyPleadings.com is a pleading automation program created by Forrest Collins, a mediator and family law attorney with a background in computer science. Forrest is assisted by his paralegal (and avid coder), Noah Zimmerman, and his development team. You can learn more about Forrest's practice which is located near Portland, Oregon at www.mediatingattorney.com.

Forrest has always been interested in the business of law and how to run a practice more efficiently. After trying a number of different document automation solutions, Forrest decided he could do it better and MyPleadings.com was born. What started as a project to make his own practice more efficient has now turned into a robust, document-automation system capable of substantially increasing the efficiency of both solos and large firms alike.

Forrest lives outside of Portland, Oregon in Oregon's wine country with his wife and three daughters. He attended Linfield College where he graduated with a Computer Science degree in 2003. He then attended Willamette University College of Law, graduating in 2006 with a Certificate in Dispute Resolution in addition to his law degree. Forrest has been in solo practice since 2006 when he hung his shingle right out of law school. In his free time, Forrest plays with his kids and enjoys Oregon's food scene. And after the kids go to bed, he works on making his (and your) practice more efficient.